Fragments is a project that has been gestating for the last few years. In October/November 2014, we did some early workshops with Dr Laura Swift from the Open University and a group of theatre-makers, designers and performers exploring the potential for working with fragments of “lost”stories from the ancient world. We had a showing of early ideas in the 2014 Being Human Festival, and were really excited about the project’s potential. Life and other projects got in the way, and we had to put Fragments to one side for a while, but over the course of 2017 we’ve returned to the idea, and we’re developing it into our third production.

Fragments is inspired by the ways in which our brains continually experience life as fragmentary snatches of information. Though we think we experience the world as a coherent narrative, our brains in fact create this illusion, extrapolating partial information from our senses by guesswork, and rewriting our memories to fit our present situation.

But creating a drama about fragments requires a story, and where better to look than a story which it itself made up of a group of fragments. As theatre-makers, we were drawn to the ‘lost’ plays of ancient Greece. These are the works that didn’t survive the process of history that led to the ‘classics’we know today being preserved intact. But some of them have been partly rediscovered, through papyrus fragments from an ancient rubbish dump, and through the random luck that made other authors decide to quote lines from them. Classical scholars have spent careers trying painstakingly to reassemble these stories. This process made us think of the many ways in which humans are drawn to reconstructing what has been lost or destroyed, from a palaeontologist trying to create the shape of a dinosaur from a toe-bone to a detective trying to piece together a crime from scraps of evidence found at the scene. 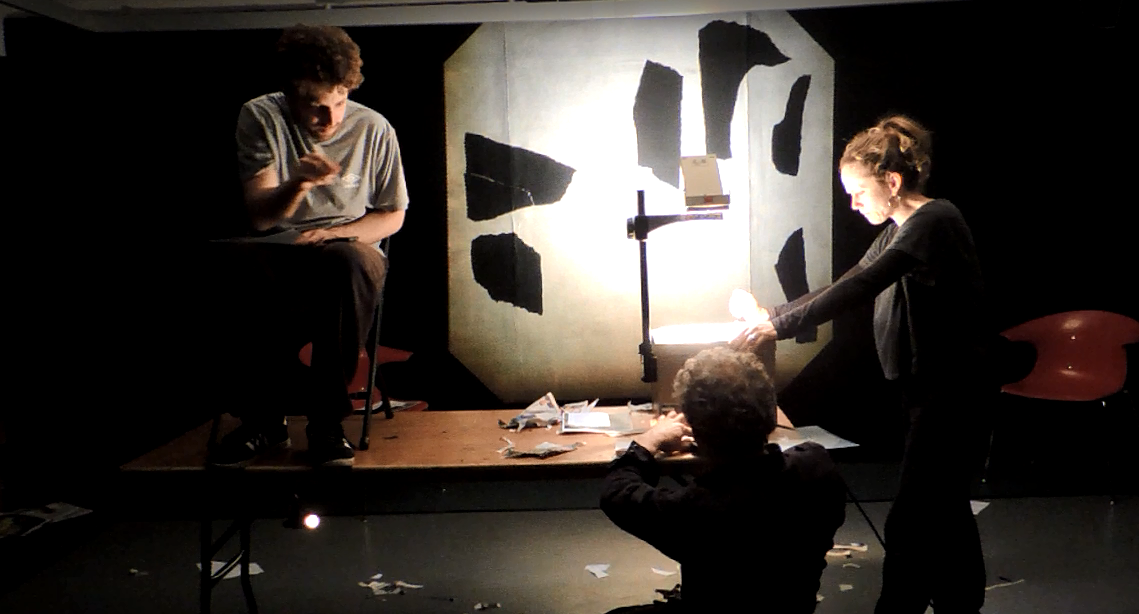 In the first stages of the project, we looked at several different plays. But the one we were most drawn to was the story of Cresphontes. It’s the story of a man who usurps the throne of an ancient kingdom by killing his brother and all of his brother's children and marrying his wife. One son, Cresphontes, was smuggled away as a baby and is the only survivor. The new King has put a bounty on his head. Now a young man, he comes back in search of revenge, posing as a stranger who has killed Cresphontes and come to claim the bounty. Meanwhile his mother the queen gets word that her son has disappeared. Fearing that this stranger’s claims may be true she makes plans for her own revenge.

‍
The reason we liked it so much was that the story itself revolves around the problems that we face when we are dealing with fragmentary information. The characters tell partial truths, make plans while missing crucial information,and leap to conclusions from misunderstandings. The other thing that attracted us to it was the form. Most of the play is missing. All we have left is a summary of the story and a pile of broken lines, jumbled dialog and startling images that are alternately funny, beautiful and confusing. With so little context, they can be assembled in a multitude of ways to expose wildly different motivations and interpretations of what happened.

‍
This action of putting stories together from small parts of information and jumping to conclusions is a big part of our daily existence. Our brain fills in the gaps in the information it receives from our eyes and ears by guesswork. We continually rewrite and reinterpret our memories to fit our present situation.We extrapolate a narrative about other people’s lives from the tiny moments of collision that we have with them.

‍
Fragments will draw on these tantalising hints of Cresphontes to create a new play that explores our experiences of fragmentation. As well as telling a fragmented story, we want to develop playful games that demonstrate how we constantly extrapolate from fragments, whether the receipts we carry around in our pockets, the scraps of conversation we overhear, or the snapshots we interpret out of context. We want to create a piece that challenges preconceptions about what we know and how reliable our information is, both about our own pasts and the world beyond us.